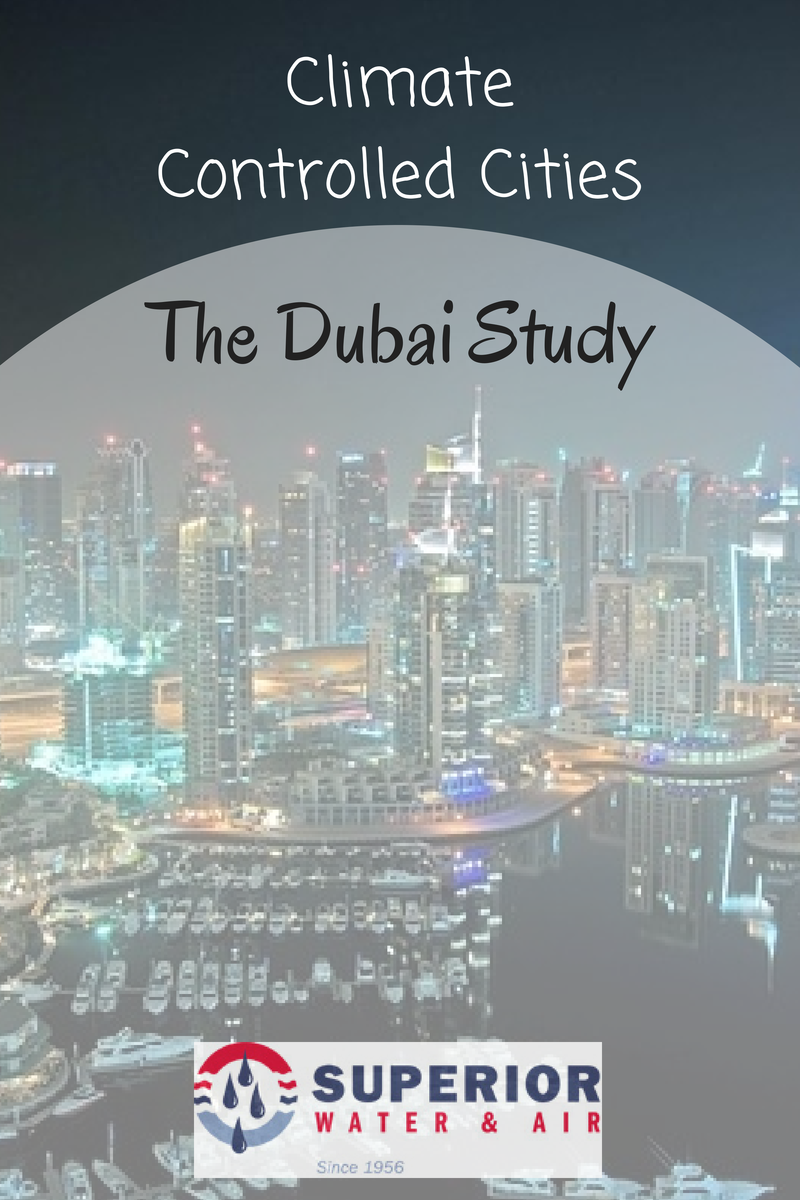 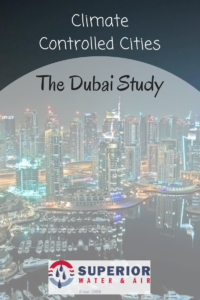 Climate controlled cities may sound like something confined to the realm of science fiction, but the first climate controlled city is already in the making in Dubai, U.A.E. Officials here have plans to create a 48 million square foot metropolis, called the Mall of the World, to allow people to avoid outside conditions for extended periods of time. This would be the first climate controlled artificial environment of the scale–an entire city. The developer of the project, Dubai Holding, aims to utilize 4.5 miles of enclosed promenades to allow people to experience city life within the confines of a complete climate controlled environment. This may seem like a strange vision, but Dubai may just be the perfect location for such an undertaking.

The average summer daytime temperatures in Dubai hover around 104 degrees Fahrenheit, making Dubai easily one of the most oppressive summer climates on the planet. While winter month temperatures fluctuate in the mid-70s, summers are dangerously hot and many would be tourists are discouraged from visiting the city. To change this, and maintain the strong influence of tourism on the local economy, Dubai Holding is exploring the concept of this large scale comfortable, temperature controlled environment to welcome tourists during the summer months. Of course, offering a cool place for residents and tourists to go to escape the desert heat is not the whole motivation behind a climate controlled city. Housing, dining, entertainment, and environmental reasons are all contributing factors to this ambitious project.

Given that tourist spending accounts for a good portion of the economic success of Dubai, creating a vast climate controlled consumer space is ultimately in the financial interests of the city. Hotels, luxury apartments, restaurants, entertainment of many varieties, a theme park, and a ‘wellness district’ to attract medical tourists all combine to create a strong economic drive for such a city within a city. Building an attractive year round destination is a big part of the motivation for this project.

This artificial, environmentally controlled city may also function as a case study in how enclosed, atmosphere proof cities can function practically in heavily polluted cities. Far from a step backward to avoid confronting climate change, this environmentally controlled mini-metropolis could demonstrate viability to cities like Beijing or Mexico City in addressing alternatives to combat crippling pollution. These types of enclaves could function both as a refuge from large scale environmental contamination and as a solution to help reduce contamination in large urban areas. For now, however, this vision is still a vision, but Dubai is positioned to be a leader in such ambitious development projects in, and a mini-climate controlled city may not be far from reality.